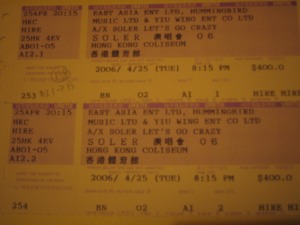 Exert yourself… If there is anything to say about today.

Once I am determined, I can do pretty well. But at other times, when I am only partially concerned, I still get things done, though not as well. However, when you are at work, only your best is expected, and failure is not an option. If you make more than one mistake, whether accident or no, you are done for. People consider neither reason nor intention nor process, only the result counts. Which is totally against the philosophy we had been used to, the idea that it is the process that matters. So now what I have to do is to make myself determined – to unlearn what I held on in hall and learn the new rules of the workplace. Not really unlearn – just to adapt to another mode of thought and behaviour. Whereas deep down, I can still stick to what I will always believe. One thing is true always – Never give up.

I believe tomorrow will be a better day.

It all began with that sudden order from my boss.

There was this meeting with Arome (that Japanese cake shop), for which my company had agreed to do rebranding. Though I was made to sit at the meeting, obviously I knew nothing about the business whatsoever. I fought hard repressing my yawns when they chatted aimlessly in a very “stream of consciousness” manner and looking through the presentations we did for Arome. When they came across the truck design, the Arome people said they wanted something more catchy. My boss immediately agreed to find “someone” to tailormake a slogan to replace it. Even then I was amused since I did not think my boss would spend that money – and I was right there. When my boss proudly presented the “university graduates” Queencie and I, I felt a sudden uneasiness welling within me. After the Arome people left, my boss asked ME to do that slogan. I should have known……

And what had I done? I pretended there was never such a thing (perhaps I thought it would be sorted out somehow), until that day Queencie gave me a deadline for the slogan. Of course I panicked. The night before the deadline I sat thinking hard about the slogan but could make up nothing. I went to bed, but I could hardly sleep without dreaming of myself making up the slogan. That was a terrible night. Of course I woke up with nothing but a mind more confused than ever. I decided if I could not think of one before arriving at office, I should need help from other colleagues. While I was standing in the shower making up this contingency plan, a phrase quietly emerged to my consciousness. Stunned, I read my mind again – I GOT IT!!! It was simply unbelieveable. One second earlier I was still panicking, and now the slogan was here ready for use! It was like removing a boulder from upon me. I did not know how others would receive it, at least it sounded complete, and I did not think I could think of any more now. When I gave that doubtingly to my small boss, she said it was OK. I asked my other colleagues, they also found it good (because it was difficult with all the restraints) and could not think of anything better. So they took it to the meeting with Arome. Today my boss summoned me to his office and said my slogan was well received (I could not help being flattered a bit, but then when I discovered what was coming, I wished I never made that slogan……).

So, this entry is about inspiration. I told my father about this curious thing, and he said he always had inspirations that came in the last moment. Wouldn’t it be risky, having no idea when the inspiration would come? Somehow, my father said, one got so acquainted with one’s tendencies that one just knew. His inspirations never failed him, and he found no need to force himself into thinking. Perhaps deep down inside me, I knew that I was going to make it. But of course, I would rather not lead a life of constant stress and perturbed sleep. If I could decide my own deadline, and let inspiration flow.

我現在的夢想是出版一部書。年半之前，我人在倫敦唸碩士。坐在下午的宿舍房間，我忽然感到前所未有的閒。我想起未去倫敦之前，在香港大學的三年舍堂生活，從未試過有一刻停下來過。不管是做舍堂宿生會幹事會的事務、練習壘球、為舍際話劇採排、跟舍堂樂隊練習、為每天一場的各項舍際比賽觀戰助威、出席舍堂各諮詢問答大會……我三年的大學生活全數都貢獻了給自己所屬的舍堂。由大學一年級起，我跟十一個同伴一起承諾了成為宿生會幹事，承諾在這三年齊心合力令我們的舍堂成為港大十三間舍堂中最好的舍堂。九七年是我們舍堂最後一年榮獲舍際體育比賽總冠軍；我們承諾要把榮耀再次帶給我們的堂友。之後的三年，我們經歷了比之前十八年人生更多更深刻的事。以前的我以為只要做好自己，表現不過不失，就可以安穩的完成自己的人生。來到這兒，高年級的堂友告訴我：「很多事情單靠個人是做不到的」。三年鼓吹團結的舍堂生活間，我慢慢理解那說話的意義。跟初相識的十一人組成宿生會幹事會，起初彼此欠缺溝通信任，出了很多亂子，被高年級的堂友一言警醒：「你們是一莊人，任何時候都得互相支持，不能嫌棄彼此。」原來，只是做好自己，是不足夠的。之後我們十二人成為了能夠互相支持共患難的同伴，不論上任期間遇着甚麼困境，仍堅持我們對舍堂的承諾。十八年來都沒認真玩過任何運動的我，加入了舍堂的壘球隊，看着高年級的堂友在舍際的決賽上飲恨落敗了，心裡下了承諾，要為他們把冠軍拿回來。為了增進自己的體能和技術下了很多苦功，背地裡哭過很多遍，但仍堅持打完三年壘球。早上練波，中午上課，晚上亦要為舍際話劇採排，仍沒有給自己躲懶的藉口。連續三十多個小時不睡覺、過度運動勞動令身體勞損、各種困難出現之時，我們都靠這句話支撐下去：No matter how tough the life can be, we still can bring our dreams to reality…